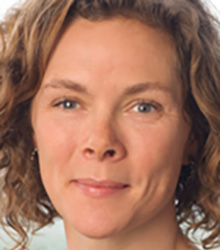 CELL congratulates the appointment of Maegen Giltrow as one of 30 recipients of the honorary title of Queen’s Counsel (Q.C.) for 2021. As David Eby, Attorney General of British Columbia, said in the government’s news release, the Q.C. recipients this year have shown “good character, professional integrity and continuing dedication to [their] communities”.

Maegen is one of CELL’s founding and continuing directors and is a senior trial lawyer practicing in the areas of Aboriginal and environmental law. Having been called to the bar in 2005, Maegen is currently a partner at Ratliff & Company LLP. For her bio, see Our Team.

Among her many achievements includes her work as counsel for the Blueberry River First Nations, which secured a precedent-setting decision from the B.C. Supreme Court earlier this summer. In this decision, Justice Burke held that the Crown had breached the Nations’ Treaty Rights by the cumulative effects of permitting and encouraging widespread resource extraction in the Nation’s territory.