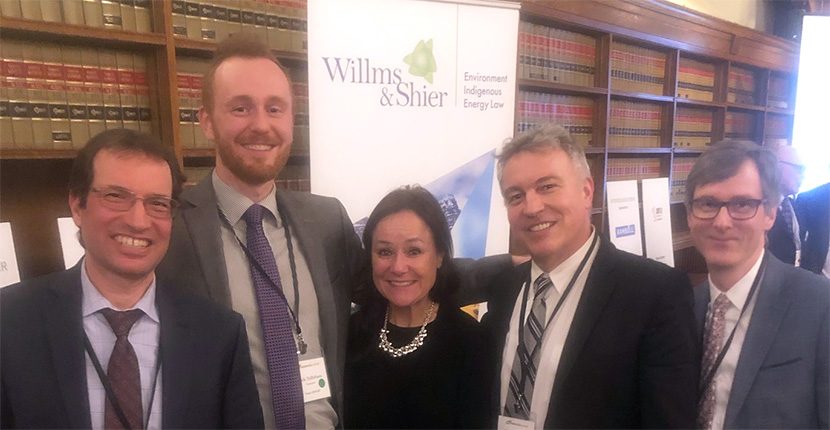 CELL’s Executive Director Chris Tollefson sat as a Judge for the Semi Final round of the 2019 Willms & Shier Environmental Law Moot. This biennial event was held on March 2 at the Osgoode Hall Law Courts in Toronto. CELL would like to congratulate the competition organizers, judges, and student competitors and winners for a successful and inspiring event!

The Willms & Shier Environmental Law Moot is Canada’s only national environmental law moot competition. Launched in 2011, the competition has been held every two years. The fact pattern this year was likely the most complex, arising in a scenario that called on the student competitors to deal with the nuances of federal bankruptcy law, provincial oil and gas law, and applicable constitutional division of powers principles.

The quality of the oral and written advocacy from the student competitors was very high. “I have been on the Moot Committee since it started – this is the second time that I have judged both the facta and the semi-finals,” says Prof. Tollefson. “The overall quality of the counsel work this time around was very strong.”

This year, Justice Suzanne Côté of the Supreme Court of Canada presided on a panel of three Final Round Judges, along with Justice Mary Gleason of the Federal Court and Justice Katherine van Rensburg of the Ontario Court of Appeal. At the awards dinner, Justice Côté offered some very well-received remarks about lawyering, judging, and art of advocacy. No doubt many of this year’s competitors will be appearing before her and her colleagues at our highest court before too long.

The law firm of Willms & Shier Environmental Lawyers LLP deserves huge kudos for sponsoring and organizing this remarkable event, without a doubt one of Canada’s top competitive moots.

For law students who are interested in mooting and/or environmental law, the next Willms & Shier Environmental Law Moot will be held in March 2021. Pencil it into your law school bucket list!