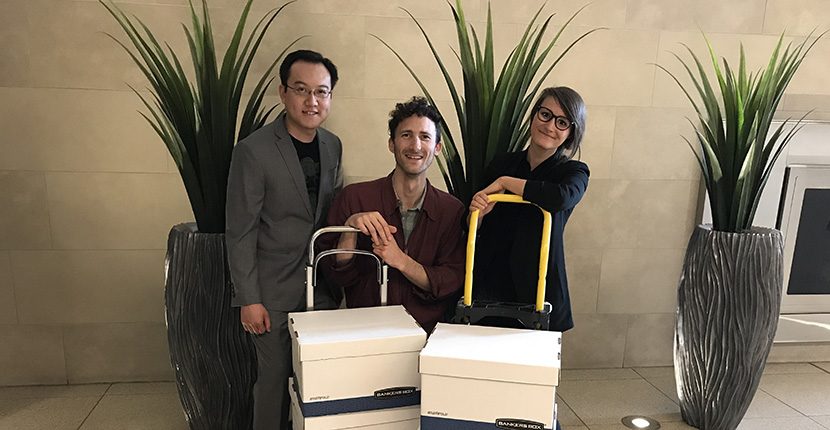 BC Nature is asking the Federal Court of Appeal for permission to judicially review federal Cabinet’s recent re-approval of the Trans Mountain Expansion Project (TMX).

In legal filings submitted today by the Pacific Centre for Environmental Law and Litigation Law Corporation (CELL), BC Nature claims that the National Energy Board (NEB) has failed to do a proper assessment under the Species at Risk Act (SARA) to consider how the project may impact marine bird species listed for protection under SARA.

BC Nature is a provincial federation of naturalists and naturalists’ clubs. In collaboration with Nature Canada and BirdLife International, BC Nature administers the Important Bird Area (IBA) program in British Columbia.

“BC Nature is very concerned about a possible tanker spill and its disastrous effect on all marine life, especially on marine birds,” says Dr. Kees Visser, President of BC Nature.

BC Nature first became involved in the TMX review process in 2014, as an intervenor in the NEB’s original hearing process.

The federal government initially gave its approval to TMX in 2016, but the Federal Court of Appeal set aside that approval in 2018 in its landmark Tsleil-Waututh decision. The Court held that the NEB had failed to consider the project’s impacts under federal environmental assessment law, and had failed to discharge its duties to protect listed species under SARA.

BC Nature is disappointed by the NEB’s cursory consideration of marine bird species at risk in the reconsideration report. “The Federal Court of Appeal was crystal clear about what the NEB needed to do to satisfy its obligations under SARA to protect marine birds and other listed species adversely affected by this project,” says Chris Tollefson, lawyer with CELL who has represented BC Nature since the original NEB hearings. “It is unfortunate we have to go back to court to ensure these species get the benefit of the law as it was written and intended.”

If built, the TMX project would triple the amount of bitumen transported by the pipeline and increase marine tanker traffic from 60 to over 408 tankers annually. A marine oil spill along the tanker route would have catastrophic impacts on the marine and coastal environment, including on vulnerable migratory bird populations and marine bird species at risk.

Listen now to our executive director Chris Tollefson, who talks about CELL, legal education, and public interest environmental litigation in this insightful interview with @McGillJSDL Senior Editor Victoria Flaherty. Link is in their tweet!

Join law students from across Canada in CELL’s public interest environmental litigation program! Deadline to apply to enroll into CELL's 2023 Spring cohort has been extended to January 6. Find out more and download the application form here: https://www.pacificcell.ca/2023springapplicationsopen/